To Sergei: Senior Vice President and Super Head of All Things Technical

From Sylvia: Acting Head of IT

Before you left for the Coast, we discussed Arteman’s equipment.

I had a good look at Arteman’s equipment and it is certainly getting very old and beginning to look a little strange.

I’m not the only person that thinks this; both the alarm engineer and the gas engineer have said much the same thing

But then Arteman is getting quite old!

The two computers are both very elderly; built and designed originally for Windows XP they have been progressively upgraded through 7 and 8 to Windows 10 and you have managed, miraculously, to get them all updated to Windows 10 version 1909!

Unsurprisingly the equipment is at the end of its’ lifespan!

The scanner is even worse!

In its heyday, the Canonscan 8000f was an excellent scanner for early versions of Windows including XP: It survived upgrade to 7 and 8 but was never certified for Windows 10.

Quite how you kept working under 10 is beyond belief!

No surprise, therefore that the increasing instability of the scanner attached to Arteman’s Spare Backup Computer has been causing problems for some years culminating with a fatal collapse on Christmas Day.

I was called in on Christmas Day to resurrect the system.

I had to carry out a full destructive reinstall of Windows 10 and a reinstallation of all the programs!

What was even worse I was called in just as I was leaving home to go to a party.

I was wearing my glittery Christmas frock ( the one you admired so much when I last wore it! ) and I had to keep it on throughout Christmas Day and Boxing Day!

It was hard work

I took Cedric with me, ( you might not remember Cedric he’s the young lad we took on just before you left under a government-sponsored apprenticeship scheme.)

He has been kept busy making the tea, sweeping the floor and keeping the workshop clean, though he has exhibited a surprising technical ability regarding cabling.

We should keep an eye on him – I think he is playing around with coding and I keep finding copies of the magazine “ Hackers World “ hidden in the tea room !!

I took him with me, ( which was just as well because I didn’t fancy crawling around on the floor in my best frock! )

All now appears well (You will have to buy me a new frock ! ) 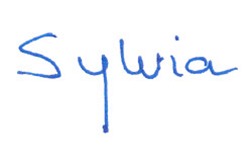 Acting Head of IT

This entry was posted in Uncategorized. Bookmark the permalink.